A wise man (or an erudite wag) once commented that a used car becomes a classic car at the point most people forget how damn awful they were when they were new.  I have now taken this observation to heart. It stops me becoming too pompous about my love of older (and often quite unremarkable) automobiles.  It has also slightly coloured how it is that I think about new cars.

Y’see I don’t hold much truck with new cars.  And I know all old cars were new cars once, and I’m getting to that point.  If you can just bide with me a little while I make wide circles round my point before getting there, then we will both be happy.  This is not Twitter; this is long form, and we take the scenic route here, so make yourself comfy we will be here a while.

Old cars are great.  This stands to reason.  Why would some old “POS” Pinto or Allegro have made it to be 40+ years old and in the hands of someone who loves and cares for it and preserves it if is were not in some way great.  Its greatness may not be immediately apparent to the casual observer, but maybe it’s a sort of greatness that grows on you as you develop the appreciation of the underlying qualities which have engendered the enthusiasm of the other person.  Imagine the love of mundane elderly transportation as being akin to the love of Iranian expressionist cinema.  I think we are on the same page now.

New cars are rubbish.  This is also self-evident.  BMW, Hyundai, VW, Nissan will make lord only knows how many new cars this year and within a decade most of them, maybe 70, 80%, will have been scrapped.  Within another decade maybe only 10% of the cars produced this year will still be extant.  New cars are disposable commodities on subsidised finance.  Or more likely these days some form of lease plan.  See!  New cars are so crap that people don’t even bother to actually own them!  They are the ephemera of our street scenes and then they are dust to the four winds.  And then one day they are classic cars.  Or at least people will argue that they are, and people will troll in the comments.  It is the cycle of life.

I am committed (and some say I should be Committed) to a life of conservation, preservation, and utilisation of the redundant and obsolete. We will focus on the cars here but do know that I have a 1964 gas cooker in service in my kitchen, a landline telephone with a dial on it, and I will one day retrofit an avocado bathroom suite in my home.  I must therefore take absolute umbrage at anything new and modern because people who like (and sell, advertise, lease, finance) things which are new and modern take up arms against things which are old and obsolete to justify the new.  If you’re nodding while reading this rather than palpitating in horror with features drawn aghast across your face then you are my kin and you know how it is.

And that’s why there are those of us who are very much drawn to the practice of “bashing” new and modern cars.  It’s a sort of psychological self defence against a world committed to ever newer and shinier things.   Some of us seem to relish in it and go to the most extravagant hights of hyperbole on the subject.  I must admit my guilt in this.  Some of us also aren’t above making up a little fake news along the way to try proving their point.  Please join a Facebook group or Twitter if you don’t know what I’m talking about.  It won’t be long before you get an example of “well actually manufacturers just fake the figures now, the VW thing proved it, my 1955 Bungo Deluxe V12 roadster is actually far lower emissions than any new car”

And like many of my kin, I live in a little bubble.  I drive old cars.  I only own old cars.  Many of my friends own and drive and probably only own old cars.  Convinced of the virtue of my choices I generally deride modern cars as being soulless, and weird to drive and generally not as good as my cars.   But every now and then I have a wake-up, a little window into another world.  This is all about hire cars, courtesy cars and loaners.  Well, my ’92 Town Car is in the local garage having what seems to be a decidedly elongated MOT done.  They have provided me with a Citroen C1.  This is the antithesis of a Town Car.  Its small, tightly sprung, has firm seats and would comfortably fit in the trunk of the Lincoln.  And I don’t hate it.  I borrowed a VW Golf diesel estate car to haul some stuff.  I didn’t hate it.  I did hate that bloody awful auto stop-start thing though.  For someone used to old cars, a car which stalls out at every stop is not a pleasant experience.  Would I want to own a Golf, a C1, a Yaris or any of the other things I have been loaned to drive recently?  Hard no.  But are they bad machines?  No.  Will some kid currently aged 10 yearn for a Yaris in 20 years’ time?  Despite what that meme with the ’59 Cadillac says:  yes, yes they will.  Because everyone will have forgotten how crap they are by then.  Actually, the Yaris is a good little car.

My mum has a Toyota RAV4.  It’s a 2005.  I remember that being a new car.  Because time stands still in my bubble the ’05 Toyota is still a new car.  To be honest, my ’92 Town Car seems like a modern car to me.  It was only the other day that I realised that the Toyota is, well, “getting on a bit”.  Much like a well-loved friend, or a loyal family hound, one only really realises the RAV4 has aged when one does the maths.  The RAV4 is 17 years old.  3 more and it’s a “collector car”.  But its almost new!  I drive the thing on an occasional basis and it always feels like it’s a “new car”.  But then I had a spate of hire cars and courtesy cars and when I next got in the Toyota I realised how dated the switchgear was, how old-fashioned those instruments were, and damn, is that a cassette player?  Slowly my mind starts to register the styling differences between this Toyota and modern mini SUVs.  It’s like finally spotting the crow’s feet on your lover of 20 years’ face or something.

This all reminds me somewhat of the Rover SD1 incident.  That makes it all sound way more dramatic than it was.  Way, way, way back I was looking for a cheap, large car.  I was considering a used Rover SD1 because those things were cheaper than free samples back then.  I espoused an opinion that they weren’t proper Rovers, they were “BL rubbish” and that they would be forever unloved and even the last of its type would shuffle off unheeded to the junk yard unmourned.  I would have “liked” that meme with the ’59 Cadillac if social media had been a thing back then.  My friend said “Not only will one day people love the SD1 and call it a classic car, but also so will you”.  And I laughed and bet him a pint I never would.  Some years passed, and so did some more, and one day I found myself explaining to someone why the SD1 was a great design, a true Rover, but let down in some respects in its production QA, when my friend’s words came back to haunt me.  Damn, I owe him a pint.  I probably saved myself a pint by not saying the same thing about the 800 or 600 or 75.   I must have just forgotten how bad they were when they were new.  Or maybe I’m just painted into a corner of defending any old chod because it is old.  Or maybe, they weren’t that bad.  Maybe they were decent cars for their time and people bought them and used them up and scrapped them because new cars are rubbish but now they are old cars and old cars are great. 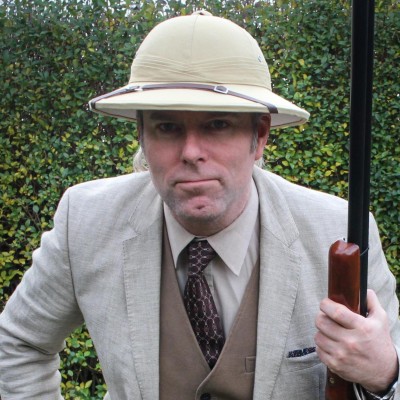