Where last we left off, your humble narrator was stricken with an incurable case of petrol lust as a result of a brief encounter with a 1989 Lincoln Town Car. The unfortunate thing about material goods in the possession of others is that, in order to obtain them, some sacrifice on your own part is typically necessary. My seriously left leaning comrades may disagree with this, but their sentiments will do little to wrest the keys and pink slip from the Lincoln’s undoubtedly gun toting owner. Besides, communists don’t drive Lincolns. Green cash money is the most desirable medium of exchange short of gold bullion. However, on consultation with the Comptroller of the Exchequer it was painfully obvious that the royal treasury lacked sufficient funds to purchase the car. Bother and damnation, what’s a lovesick car nut to do ?

Queen Isabella famously pawned her jewels to finance Columbus’s voyage to the New World, but I’m rather more attached to my family jewels than she must’ve been. Perhaps Ferdinand’s were ample enough for her needs. The most expedient means of securing funds would be a quick loan from the Bank of Grandma, on application, I found that my past payment history had seriously damaged my credit rating at that institution. This wasn’t entirely unexpected, especially as grandma thinks old cars are really only appropriate for other people. Nonetheless I was crestfallen, I had even passed a Town Car of similar vintage on my way to grandma’s house and took it as a good omen. Given my sometimes overly strong pessimistic streak, I shot the seller of the Lincoln a quick text explaining that I couldn’t get the money together so I’d have to cancel the test drive planned for the next day. I headed home, doing my damndest to squelch galloping Lincoln lust. Still, the eccentric and too often recalcitrant machinery of my brain kept whirring in fits and starts trying to crank out some means by which I could obtain the car. Desperate times call for desperate measures. A quick inventory of my superfluous material possessions revealed that the three most valuable were, in no particular order, a 1971 MGB-GT, 2002 Buick Park Avenue and a 1998 Honda Magna 750 motorbike. A trade seemed highly improbable given the desirability of liquid funds, nevertheless, my motorbike had an open market value very much on par with the Lincoln’s asking price….What were the odds ? I shot a text with an attached picture of the bike  asking if he’d consider a trade. The worst he could say is “no”, and nothing ventured nothing gained. I waited, no response, universe says no. Bloody typical, the machinery of fate is always knocking me on my ass. Or so I thought, at length a response came in the form of a query about the mileage, condition and other sundry information about the bike. As it would happen, he wanted a motorcycle for his wife, and I wanted a Lincoln Town Car. Happy days are here again ! How could it fail that the universe would unite me with my destiny car ! The previously cancelled test drive was rescheduled and I drove to Auburn the very next day. The Lincoln  proved to be everything I’d hoped for, I was willing to give up the bike. Of course, before the deed could be done, my motorcycle had to get from Fresno to Auburn, California. Having barely 150 miles of riding experience under my belt I figured that within an hour on the 99 my mortal remains would be the consistency of cat food and splattered on the mudguards of passing Kenworths. Even at my most nihilistic I don’t wish to die quite yet, so I decided to rent a trailer and haul the bike to Auburn one week hence. I’d never trailered before, and the thought might’ve intimidated me, except that I was far too Lincoln-centric in my focus to pay any mind to such a triviality. Before you could say high side I had the Magna strapped down tight. My longtime friend and car gal Rhonda rode shotgun. This was so I had someone to drive the truck home while I piloted the Town Car, if all went to plan. As it would transpire, a trailer once hitched follows a truck like a terrier so that was no trouble and we were soon in Auburn fueled by coca cola and gossip. The neighborhood the Lincoln lived in was beautiful, somewhat isolated northern California foothill territory covered with old oak trees and confederate flags. Toto, I don’t think we’re in Sacramento anymore. I needn’t have been too concerned. The seller and his wife were the salt of the earth and sweet as they could be. After all, they did me the favor of holding the car until I could bring the bike up for their inspection. The Magna is a pretty magnificent bike, having four cylinders in V formation, four camshafts and 16 valves and was in marvelous condition. One quick test ride and the deal was sealed, except the Lincoln was on non-op tags and would need to be smogged. The seller, his wife, my aide-de-camp Rhonda and Myself piled into the Lincoln to head into the nearest smog shop. First shop was booked up until 4:00, shop number two could get the job done in an hour or so. This proved fortuitous as there was a rare rotary Mazda pickup parked there which I was able photograph !

There is always a bit of anxiety involved with a California smog check on an older vehicle. The Golden State has probably the most stringent clean air requirements out of all 50 states. In spite of running like a Swiss watch, there was no guarantee that the Magnolia Belle would pass muster when the EPA’s probe got shoved up the tailpipe for diagnostic purposes. All it takes is a missing length of vacuum line or an ill fitting gas cap and it’s a big fat fail. I’d been up since 0-dark-thirty on no sleep anyway and just 12 ounces of Coke all day by way of sustenance, I was at my wits end, my nerves were shot and no respite was in sight. Then Rhonda says, “let’s go get something to eat while we wait for them to finish the car”. Halle-FUCKING-lujah ! The seller told us there was Foster’s Freeze across the way. I have never been more grateful to see Little Frosty and his artery clogging treats ! A Big Boss and fries was manna from heaven to my hangry ass (“hangry” a portmanteau of hungry and angry, if you are unfamiliar). The service writer handed over the results, and the Lincoln had passed with flying colors, all systems GO ! Jubilant and satisfied, pink slips were signed and exchanged. I bid a sad adieu to my first motorcycle, it was hard to part with being a machine of great capability and formerly the property of a very dear friend. As I said earlier, sacrifice is usually necessary. The smogging, motorcycle testing and small talk had eroded a serious chunk out of the day, it was getting on for 4:15 and I still had a trailer to kick back to U-haul in Roseville and two vehicles to fuel up before I could return home to Malaise Motors GHQ in Fresno. This put Rhonda and I in downtown Sacramento smack in the black hearted epicenter of rush hour traffic. Our dread was palpable. So was my fear of being stuck in traffic in vehicle whose limitations were still largely uncharted territory. The dainty external thermometer on the Lincoln’s side view mirror hovered at the century mark. I hasten to add that the air conditioning system had leaked out the last of its R12 sometime during the Clinton administration and the front tires were almost as bald as I am. Sweating on the toffee leather upholstery, I pointed the Magnolia Belle towards home. It was stop and go all through the Capitol City and its environs while the thermometer continued to indicate around 100 degrees Fahrenheit, yet the Lincoln’s engine temperature gauge stayed well south of dangerous territory. In deference to tires of dubious integrity I stuck to the slow lane for the majority of the journey. Normally these reduced velocities would be as frustrating as waiting in line at the DMV  but the mellow cosseting nature of the car, its relaxed loping gate and quietness even with the windows rolled down quelled my impatience and made for a very enjoyable ride. My god, this car is like a Xanax on wheels ! The Magnolia Belle has a slightly haughty quality about her, and having reached retirement age without the indignity of gratuitous aftermarket modifications or simply being driven into the ground by careless owners, she’s earned it. I’ll never forget the lingering, approving glance of the passenger in a late model Mustang who passed me.  He knew the car was something special ! Once I’d gotten south of Chowchilla my confidence had grown considerably, the car ran smooth and true and the tires seemed to be holding. I gave her a bit of throttle and cracked open the old Five-Point-Oh. At 70 she hits her stride, gentle quivers through the steering column and a bit of wind rush is all that lets you know you’re making progress. There is something deeply satisfying about the sight of the car’s crisply sculpted prow standing in dignified defiance of aerodynamics out ahead of you. Greater speed is available should I need it, it’s difficult to resist the temptation to bury the 85 mph speedometer. Incidentally, I think these do work as intended, when 60 mph has used up 3/4 of the needle’s travel, you think you’re really moving !

As if I didn’t already love the car, that it performed so effortlessly on the drive home endeared it to me even further. I’ll need to rearrange the garage a bit to make her fit more comfortably, and a good detailing is in order not to mention a few other sundries. I’m really looking forward to learning more about the car, touring with it, working on it and showing it. I think the Magnolia Belle and I may be together for quite some time to come. Although now space at Malaise Motors GHQ is getting a bit tight, anybody want to buy an MGB-GT ? 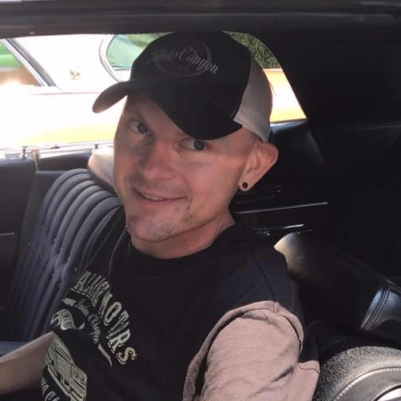